Let’s Get Ready to Rally 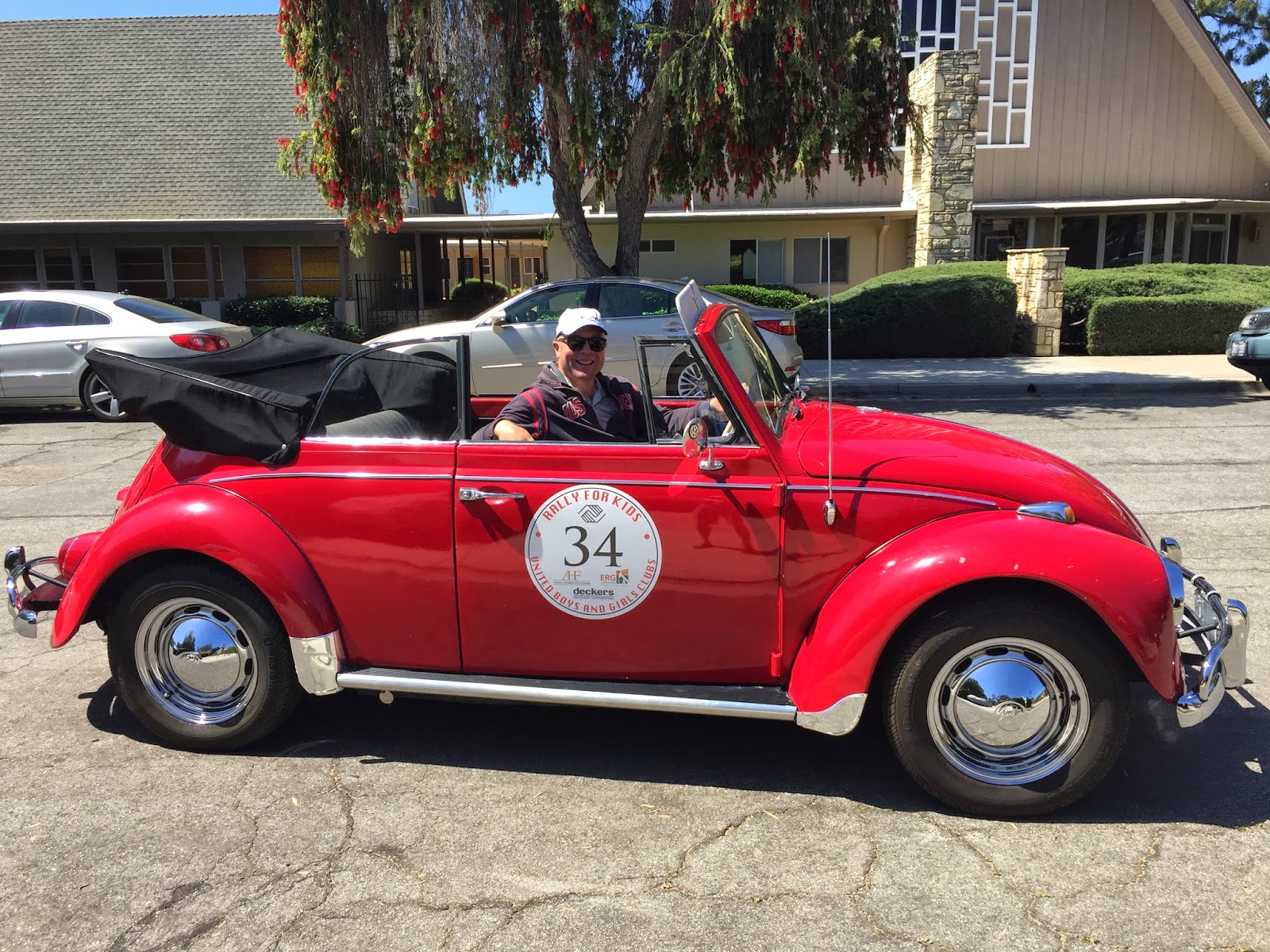 Montecito car people love any excuse to get together with their toys. In recent years, the enthusiast community has really coalesced around some key people and events, and along the way became somewhat of a fundraising juggernaut.

The newest event on that roster is the United Boys & Girls Clubs of Santa Barbara County’s Rally 4 Kids, which kicked off just last year. It was a rousing success, though, bringing in more than $200,000 for the network of organizations.

This year, organizers Diana Starr Langley and Monte Wilson are kicking it up a notch May 9, expanding the field from 2014’s 37 cars to a maximum of 50, and choosing a 200-mile route, 20 miles up from last year.
And this year’s event will take the form of a scavenger hunt, which heads out from Summerland and includes a “really fun” lunch event.

It’s all for the benefit of an organization that supports roughly 4,500 kids, the union of five different Boys
& Girls clubs throughout the region. Anyone under 18 in a neighborhood served by the clubs can come there every day after school for just $40 per year.

The clubs joined forces around a decade ago to create a network that has a deep impact throughout the county, and the rally helps them make up the difference between what members pay for their children and the true cost of the programs.

There are lots of cool, fun cars that will be making the trip from Summerland along the route this year. In the lead-up to the event, the Journal will take a look at some of the cars and drivers that will be taking part.

The first car we looked at never even had its decals removed from last year’s event. James Fenkner‘s 1967 VW Beetle convertible is a rolling smile, and his waving hand gets a lot of exercise. Outside the car, Fenkner looks like a bit of a bruiser, a buzz-headed Ray Liotta. But in that driver’s seat, he seems like the most approachable guy in the world.

And he spends a lot of time there, since this happens to be his daily driver.

“It was the first thing I bought when I moved to Santa Barbara” in 2009, he says, and his wife was willing to let him get a classic as long as it had room for his daughters in the back. Since an old convertible was on his mind, he was a bit restricted in his choices to fit the bill for both, but the Beetle was perfect.

He moved from Moscow with his family and wanted a car that would complement Santa Barbara’s lovely year-round climes, in contrast to Russia’s winters, “which are enough to convince Napoleon he didn’t want to stay.”

There was another driving force that linked Fenkner with this Beetle, and it stems from the sense of smell.

“One of the reasons I wanted to get this type of car is just because, when you park it in your garage, VWs have a particular type of smell, you know that kind of oily, burning type,” he says. “It’s one of those things where

if you grew up on a farm, you like the smell of cows, and my grandfather used to renovate VWs, and I would come back after school and he would show me how to do the brakes and the carburetors.”

Research actually shows that smell is one of the strongest triggers of memory, tying directly into the limbic system, so it’s unsurprising that Fenkner‘s Beetle would evoke such nostalgia.

But it’s also solidly reliable, and he has the ability to address most of what might go wrong on the car anyway. While some of the exotic and highly prized vehicles that you’ll see in the Rally he compares to champagne and caviar, his Beetle is “kinda like peanut butter and jelly...you can take both to a picnic.”

Fenkner offered me some time behind the wheel, and I happily obliged. The Beetle isn’t the most powerful car, but it had pep and good cheer. The familiar whir of the air- cooled engine is always there, making the car seem even more approachable, beyond just those friendly bug eyes and chrome bumper smile that are the muses of film animators the world over.

There are certainly some quirks, like the lack of a tachometer – as in the Citroën 2CV, its speedo has some guiding hashmarks – the super-long arm reach to first and third gears, and the high clutch engagement, but it’s not tough to get used to.

Like many of the other car people I’ve encountered in the Santa Barbara area, Fenkner has a fascinating story. After the collapse of the Soviet Union, there was huge opportunity in the Russian market. Fenkner jumped at the chance to capitalize on the newly open market under president Boris Yeltzin. George Soros was paying for American economists to teach in Russia, and since Fenkner had a finance background from working at Fidelity, he took the leap and taught for a year.

He then started setting up brokerages in Eastern Europe, first in the Czech Republic and then back in Russia.

“In the beginning, it was a truly free place,” he says. But 15 years later, things were different, and his search for a quality higher education for his eldest daughter reinforced the regressive nature of present-day Russia.

“This isn’t even close to where this place should be going,” thought Fenkner. “The best school we could get into was the same place that Stalin sent his daughter to, and the curriculum hasn’t changed.”

Russia’s emphasis in their education system was more memorization and collectivism, in contrast to the American ideals of individual expression, and so Fenkner brought his family back to the U.S. to give his kids a better grounding in our way of thought.

Santa Barbara to him represented somewhere that was at once safe and fun, but also had similar values to those of his family. He and his wife had visited only once on vacation, but they’d loved it so much that she insisted this would be their new home.

Shortly after their move, they started hitting Cars & Coffee, an activity the whole family enjoyed. And Fenkner‘s connection with Wilson brought him to the rally. Fortunately for him, it isn’t a race, since he’d probably have a tough time keeping up with the Porsches and Ferraris. But he may accumulate more waves from onlookers than any other driver. Let’s hope that’s on the scavenger hunt list.